The Rio 2016 Summer Olympics will begin in one week. As usual, Omega has been selected as the official timekeeper of the games. Here in the United States, we are excited about the event – our athletes have a big opportunity to add a plethora of medals to our collection. Michael Phelps is looking to further decorate his legacy as the greatest Olympian of all time, Justin Gatlin will attempt to dethrone Usain Bolt as the fastest man alive, and the gold medal in men’s basketball is pretty much guaranteed. The US is a favorite to take home gold medals in several other sports as well, including women’s soccer, water polo, volleyball, and sailing. Excited as we are as a country, we can’t ignore the fact that these upcoming games have been mired with controversy. Today we’ll recap some of the issues that have overshadowed the games thus far.

The death toll for construction on Olympic projects is now at 11, with 8 counted in the 2014 World Cup in Rio and zero for the London Games in 2012. Most recently, a massive wave destroyed a 50 meter stretch of a newly built elevated bike path, killing two people. A spokeswoman for the construction company refused to tell the Associated Press whether or not they were involved in any additional Olympics-related construction projects. The bike path is in the process of being rebuilt and will be used in the upcoming games. 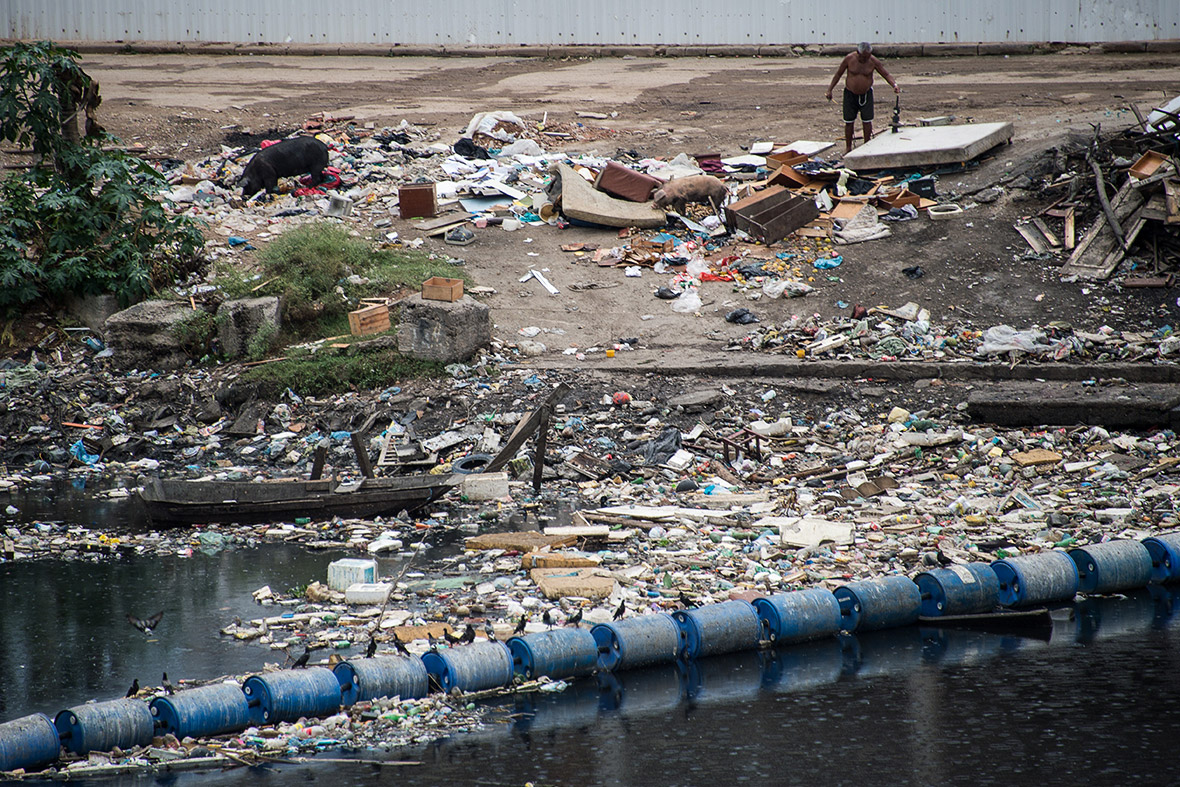 Pollution and superbacteria plague the water venue for Sailing & Boating.

The spread of the Zika virus is only one of several serious health hazards besetting the games. An eight-month test conducted by the Associated Press found that Guanabara Bay, the Sailing and Boating venue for the games, contains excessive levels of pollution and is not safe for sport due to prolonged dumping of hospital waste and human sewage. The pollution has now bred a superbacteria that is resistant to antibiotics. Due to the dire economic circumstances in the public sector, there is limited hospital space for Olympic athletes and no space for tourists. With under two weeks before the opening ceremony, the olympic village housing apartments for athletes were deemed “unfit for occupancy” due to plumbing issues, exposed wiring and lack of cleanliness.

The systemic political corruption in Brazil is being showcased on a global scale through the ongoing investigation of “Operation Car Wash” – a grafting scandal that has led to 160 arrests, 179 indictments, and reimbursement requests to the tune of 14.5 billion Brazilian Real (roughly 3.8 billion USD). Brazil’s president Dilma Rousseff is facing impeachment, the GDP has seen its steepest decline in decades, and roughly one third of the country’s population is living in poverty. With sparse funding in the public sector, government workers often go unpaid.

A man walks into the Doping Control Center at the Laura Biathlon & Cross-Country Ski Center in Sochi.

The International Olympic Committee has now ruled against a complete ban of Russian athletes in response to the state-sponsored doping scandal currently unfolding. Although this doesn’t “maintain the integrity” of the games – as some had originally hoped that banning the entire country would do – it does facilitate fiercer competition, which is ultimately what viewers want to see. Appropriately, the governing bodies of each sport in Russia have taken action in banning individual athletes from competing. So far, 110 athletes have been banned out of 387 that were set to compete. The final Russian roster is scheduled to be announced by July 31st.

The Olympics represent global unity. The games are a celebration of the best athleticism humanity has to offer. Unfortunately, this year’s Olympics has been tainted by logistical, political, and health catastrophes that must be addressed immediately. Our hopes are that the games go off without a hitch, and that all in attendance this year stay safe and healthy. We will be watching enthusiastically and hope the rest of the world can enjoy these games despite the surrounding circumstances.

Interested in buying an Omega to show your Olympic fanaticism, or maybe you just want to buy one of the best watches in the world? Check out these items below!